Are You Solving the Right Problem?

Not pausing to ask that question could actually be creating more problems for you as a leader.Let’s talk about problems.

I had a meeting with a leader recently. She started our time by telling me that all she is doing is solving problems at work. Day in and day out she mentioned how she is running around her company solving problems. I listened to her speak. I could tell that part of helping her get clarity around this problem-solving issue was giving her space to hear herself say the thoughts out loud.Subsequently, when she took a breath, I asked her “what problems are you solving?” She looked at me strangely as if I had two heads. “Well, all of the problems, I’m solving all of the problems!” she stammered. I heard her say she was solving problems. I wondered if she was solving problems that needed to be solved or solving the right problems?Effective leaders don’t solve “all the problems.” They solve the right problems at the right time with the right tools. Specifically, it is vitally important to pinpoint the problems that need to be solved. However, there is a phantom problem-solving mindset that often runs right along with the true desire to identify and solve problems. The phantom mindset says to keep busy in a chaotic way by running around solving problems no one asked you to solve. Then you pat yourself on the back for running yourself ragged and living with the adrenaline rush of solving phantom problem. And, then get up the next day and do it all over again.

Years ago, a leader who worked in another department at a company someone I knew worked at was a phantom problem solver. Processes and projects in her department ran smoothly because she had outstanding managers in place, yet she would come in many days and create a lot of energy around invisible problems. The orders were late…so…they needed a new system. Turns out, the orders were not late, the system worked just fine. In another instance, she said the space in the office needed to be rearranged so that people would be more productive. Team members endured days of disorganization in the office trying to work in a mess created by the Director who was set on solving a problem that did not exist.

My friend didn’t work in that department, but she watched from a distance the chaos created by one misguided problem-solving person. As a result, she saw her lose one good person after another. The Director seemed to find a sense of purpose by creating and solving problem. When things ran smoothly, she didn’t know what to do with herself or how to build leadership capacity with her team. She would often slow things down, create roadblocks and only allowed them to progress in her topsy-turvy way. Apparently, she was problem solving driven even when there was no problem to solve.

That’s one type of problem-solving approach – create problems where there aren’t any!

In addition, there may be a problem but the leader refuses to seek out its origin. And, instead, becomes prescriptive instead of explorative. It is imperative to get the entire story before identifying a problem or creating narratives that do not even apply to the situation. With a small glance in the direction of what might be going wrong, the leader decides they know what do and issues a directive. For this leader, they often get it wrong as they waste time and money with topical solutions. Conducting a listening tour with your team or sending out anonymous surveys can create avenues to discover most all of the facts for clarity around how to define and solve problems.It was for this precise reason that I ended my connection with a physician who I went to see about troubling symptoms I was having. In short, I didn’t feel well and wanted help from a medical expert. The doctor was not interested in what I had to say, but rather he wanted to give me medicine without a clear understanding of a diagnosis or treatment. I refused the meds and asked more questions. Frustratingly, he asked what I wanted from him! Consequently, I told him that I wanted to get to the root of the problem to be sure we were addressing the right thing! That day, I left that office and never went back again. I was not willing to be a prescriptive experience for him. I wanted to know the cause of my concerns and I wanted to know we were solving the right problem.In the end, his treatment of my symptoms had exacerbated my symptoms causing temporary paralysis of the right side of my body.  Neurological Lyme disease took over as the steroids suppressed my immune system over a period of months.Problem solving can be complex if the leader is not able or willing to explore their own problem-solving approach and skills. Moreover, it would be good for us to consider that higher-level problem-solving ability involves both skill and art. Critical thinking around problem-solving is something that can grow stronger and can be developed into an incredible asset to a business or a team. It is one of my most enjoyable aspects of training delivery!

Often, simply admitting that the leader doesn’t understand what the problem is creating space for the team and leader to discover the problem, opening the door to powerful questions and creative thought.

As we reflect upon the director and physician, both of whom did less than optimum jobs at solving the right problem, there is a more sure and effective approach to problem solving that’s beneficial to teams and individuals.In this video, I talk about a problem that we had in our home. The issue was, how do we better utilize the space under the stairs for much needed storage? The obvious problem was the water heater in that space was huge. Certainly, if we could figure it out, we could use that space for more than the water heater. My husband Tom and I considered our options. However, we didn’t come up with a workable solution that would not cost more than we were willing to invest in the project to get the extra space.Later that day, my dad came over and we asked him for his thoughts. He clarified what we wanted to accomplish and came back with a solution that was more efficient than our ideas. Plus, it wouldn’t require a large financial outlay. What did we do? Take a look at the video to find out! 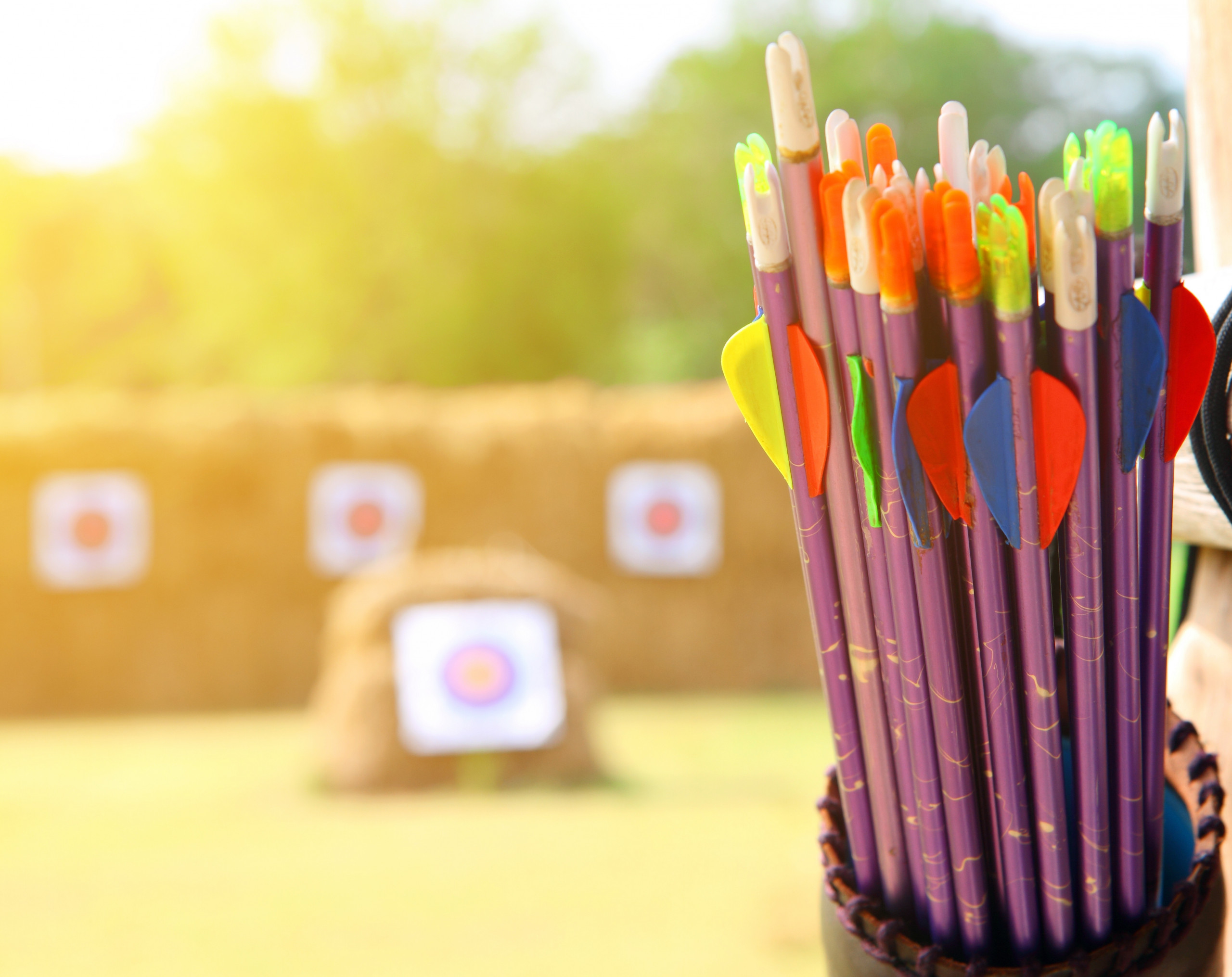 You don’t have to go it alone when it comes to learning how to solve the right problems. There are foundational norms that will help you have better, more accurate problem-solving outcomes.

Here are a few to consider:

1. Stay in the question longer. Avoid being prescriptive when it comes to solving problems. You want to be sure you are solving the right problem by identifying the root cause of the issue.

2. Perform a root cause analysis on the problem. This will help you get a better understanding of what the problem is and the best approach to solving it.

Root Cause Analysis (RCA) is a popular and often-used technique that helps people answer the question of why the problem occurred in the first place. It seeks to identify the origin of a problem using a specific set of steps, with associated tools, to find the primary cause of the problem, so that you can:

·        Determine what happened.
·        Discover why it happened.
·        Figure out what to do to reduce the likelihood that it will happen again.
RCA assumes that systems and events are interrelated. An action in one area triggers an action in another, and another, and so on. By tracing back these actions, you can discover where the problem started and how it grew into the symptom you’re now facing. Mindtools.com3. Start small. What small things do you need to do or understand to get a better grasp of the problem you are trying to solve? In other words, when it comes to problem solving it is easy to go after the big fix, like the director who changed the whole office to improve efficiency. What if she had looked at what small changes she could have made to address first?4. Take the Continuous Growth Approach. The Continuous Growth Approach looks like this:
o   Observation
o   Action
o   Review
o   Adjust or change
o   Repeat

Using this approach allows for data and experience to lead the way forward. Solving problems becomes a fluid experience rather than a one-time shot in the dark. Too often, leaders make a change and move on to the next problem, never measuring the effectiveness of the previous changes they made.  Sadly, six months later they make another significant change to fix a different problem not realizing that the new problem is the same problem one. So much money could be saved if the Continuous Growth Approach was implemented in situations like this!  Thoughtful tweaks and small strategic re-calibrations replace disruptive and disconnected quick fixes.  This then invigorates, rather than depletes, teams, systems and resources.

5. Ask for help.  My dad saw something we didn’t see and it was the solution that worked. You don’t have to know it all. Ask for a fresh perspective then wait and listen while you get it.What’s the problem? Perhaps the problem is simply that we need to stop and ask ourselves, what’s the right problem and what’s the best approach to solving it?  Your time, family, and future are too important to continue expending valuable resources solving wrong or phantom problems.


Receive our Leader Insight Articles straight to your inbox!